DJEZii BECAUSE SHE IS EASY ON THE EYES 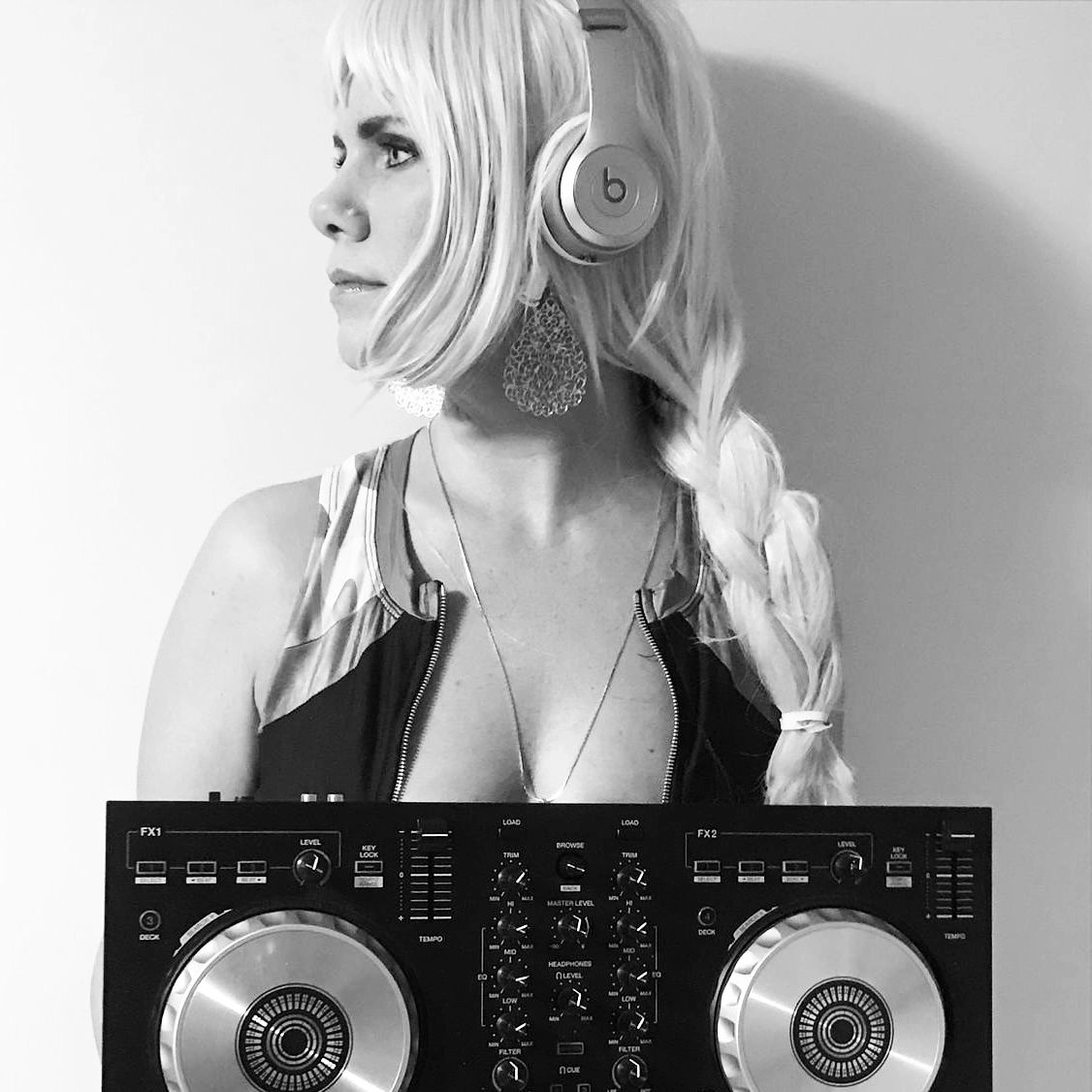 Making sure the music continues to bring us all together during these hard times.

DJEZii makes sure all the equipment, vehicle, DJ station, as well as herself are clean at all times.

Making all events fun and safe for all to attend.

Making all events fun and safe for all to attend.

DJEZii will help you and your guests with new ways to party,  dance and have fun.

Back in the day

Jaimee Ann Wilson aka DJEZii touched her first record player 1988. Her father's old Zenith. She began to scratch the records of her fathers collection to music videos on TV.

Her first recording in 1995 was with her dads double decker ghetto blaster. Using instruments to make beats, mixing tape recordings and radio plays. She had a nack for recording  mixes for her friends.

In the early 2000's EZii focused more on her breakdance carrer. Meeting her life long friend Miranda Abbott helping her to turn her life into  more of a professional one.  They together started Funkdamentals. A group that would go on to help young dancers of Toronto better there careers.  Dancing in many music videos with artists such as Kos, Naughty By Nature and Frank n Dank. Opening for artists such Cindy Lauper, RUN DMC, and NAS.

After touring, doing shows and living the life DJEZii became a mother. 2 beautiful children who are becoming aspiring artists themselves.

Now DJEZii is focused to play music for people around the world. To show people a piece of history that has not been forgotten. Her collection of 1940s to Present is mind blowing. Having all her original records, tapes, CD's since she started. Continuing to collect music from record pools and old fashion record shopping EZii now has formed a style of remixes with old sounds making them new.

Her father is one of DJEZii biggest inspiration. Still working on his rhythm and blues in a band of pals that play weekly. Her father taught her everything about the musical tools that she needed to evolve with.

Growing up in the 70s and 80s DJ EZii could not live a day with out hearing music. Traveling to Greece, Turkey, Cuba, Mexico, Costa Rica, New York City, Boston, Washington D.C., Texas, Atlanta and all of Canada. EZii has learned many cultural songs and ways of life. She is inspired by all the people she has met, and all of the requests she has played. Continuing to travel and touch people around the world.

Living in the 6ix

DJ EZii has been in Toronto since she was 19 years old. Starting off at Jane and Finch she quickly learned the struggles of the neighborhood. She had no money, no job and just knew she wanted to be in Toronto.

In just 1 year she had an opportunity to live on Queen Street West and Peter Street. This was when she met artists like Sight, Elicser, Hours, Duro and Quest. Graffiti took her by storm. Shortly after moving in to 369 Queen Street West loft she met the breakdancers and DJ's of Toronto's underground Hip Hop Scene.

Needill Works Entertainment/ 2Swift Household started her off with education in skratching and mixing. She was invited to attend radio shows and parties. Later meeting the turntable monks and turnstylez. Toronto's champs. Getting to travel to NYC and meeting the greatest hip hop legends like the Beat Junkies, Scratch Pickles and Mix Master Mike really opened up her eyez.

EZii has come along way and has met with many famous and underground artists, been on tours, music videos, and started a family. She is now ready to share all of her experiences world wide by playing all the sounds she has remixed.

MOLASSES WET invites you  Somewhere Else.


This unique night is devoted  to DEEP SOULFUL HOUSE!

Every Sunday and Monday

Every Sunday and Monday

I am a resident DJ spinning in the wee hours of the morning every Sunday and Monday. Its in a secrete location so message me for details (Sp...

The Shhhh Loft (Message for Location)

Join us as we celebrate Cannamas

The Shhhh Loft (Message for Location)

Give her a shout

Reach out to get more information about the DJ and bookings.